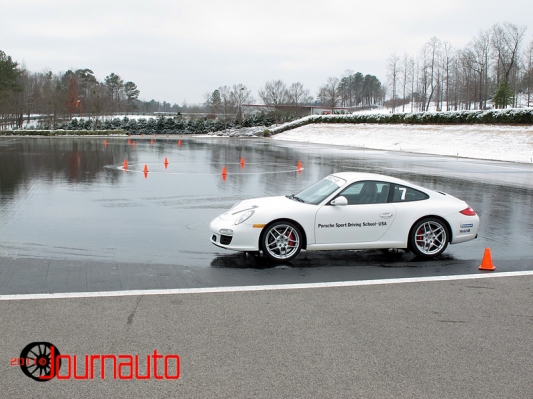 I was in Birmingham, Alabama last week to attend the Porsche Sport Driving School – USA at George Barber’s Barber Motorsport Park (no relation to Skip Barber). My schooling starts with a lead follow lapping session in a Carrera S 6MT with myself trying to stay with Hurley Haywood, a six-time 24 Hours of Daytona champion.

After a half-dozen or so progressively-faster laps of the technical 2.83-mile circuit, I move over to a small cone course where it’s launch control time in an AWD 911 Turbo. Five hard launches later, it’s wet skid pad time in another RWD Carrera with the PDK gearbox, to practice controlling oversteer and managing understeer.

Before a hearty lunch break, I jump in another Carrera S and finesse my way through a figure-eight autocross course, nipping a cone on my first run-through to make subsequent laps that much tougher, but neither I or the car batted an eyelash.

Following a southern-style lunch, it’s back to the big track for three more lapping sessions. 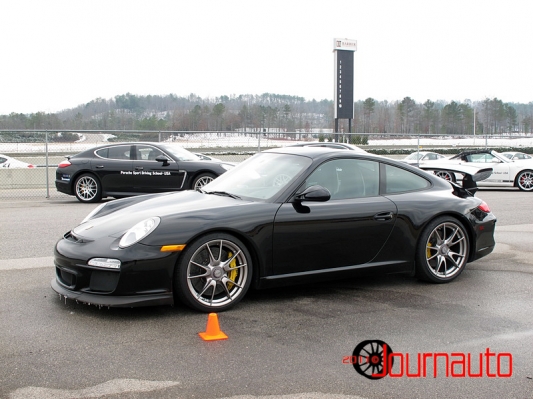 First, it’s back in the manual transmission Carrera S, which, besides getting up to speed, doesn’t require anything but third and fourth gear to get around here. I’d been lucky up until now to not have any other drivers in my session, but somebody had been thrown in with me this session. After a couple laps, however, it was clear that he just couldn’t (or didn’t want to) keep up with the instructor and I, and thankfully sat out of the next sessions.

With Zippy the Wonder Slug back in the paddock, it was time to try out the PDK gearbox and do away with manual shifting. The PDK is so good that, if I’d been in max attack mode with both cars, this one would be three or four seconds faster than the manual tranny.

Next up is the 911 Turbo with PDK. This feels (and is) faster than the Carrera, however, has a bit of lag getting back on the throttle when too much speed is scrubbed in the trickier, tighter turns. It takes only a few laps to make the correction permanent though.

With my track sessions complete, I pair up with another writer from Brazil and take to the street in a 911 GT3. What better place is there for a race car built for the road? I digress, but I enjoy the drive nonetheless. 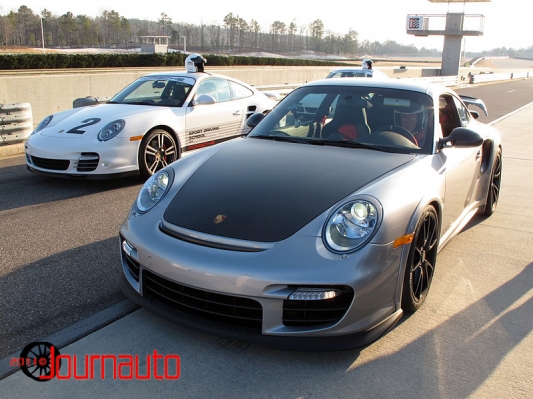 An hour later I arrive back at the track. Though I’ve depleted my driver’s seat time credits, the fun isn’t quite over.

The day ends similar to how it begins. But, instead of chasing Haywood in a Porsche, I’m riding shotgun with him in one of the 500 911 GT2 RS models that exist, while he tries to shake the camera I’m holding out of my hands.

Fortunately, my grip was strong enough… And I’ve got this video as one killer souvenir. Watch it below!