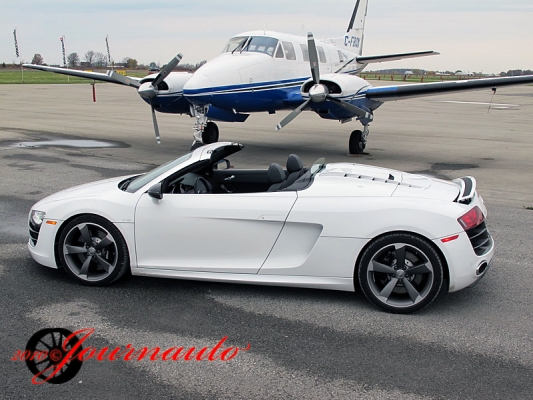 All together that’s $812,170 (CAD). Plus taxes, freight, delivery et al and you’re approaching a cool million were you to buy them all at retail. With a combined 2,488 horsepower and 2,264 lb.-ft. of peak torque, the five entries in the ‘Prestige’ category of this year’s Canadian Car of the Year competition are the stuff dreams are made of.

Suffice to say, I’d been looking forward to this year’s AJAC TestFest for months and because I’m a road tester and member of the Automobile Journalists Association of Canada, I get to live this dream.

The prestige category is reserved for vehicles with price tags above $75,000. A few surpass that mark by a lot, which, some might say makes them that much more prestigious. They are the most expensive cars of the 48 in attendance. So, what do you get for this kind of dough and which is the best?

The BMW 5 Series Gran Turismo, or 5GT, has the least performance potential, but that might be a good thing for five-seat crossover utility vehicle suitors. It’s 400-hp V8 sends 450 lb.-ft. through an eight-speed transmission that shows little anxiety when being asked to perform.

Despite the Jag’s sweet five-litre supercharged V8, immaculate interior and relatively low price, the XJ fails to impress in the performance department due to a lack of it, and some really awkward electronics. So, instead of hello kitty, it’s goodbye fat cat.

The Mercedes-Benz SLS AMG made a strong play for category win! On the second day of testing, it was easily the most driven cars in the whole competition with a waiting list some half dozen journalists deep at some points. The 6.3-litre AMG V8 masterpiece is perched low in the chassis, behind the front axle and yields a killer stance with perfect weight distribution. If there’s a Mr. Hyde in this category, this is it!

As for Dr. Jekyll, the venerable 911 Turbo S is perfect for the role. Turbo lag is not absent, though she’s a demon on the track, this car is well capable of snapping around on you if you’re not precise when the electronic nannies are on break. For a $200,000 car though, you’d expect to find carpet on the floor only and not on the door panels, but that’s not the case. You’ve got to spend another $500 just to upgrade that few square-feet of carpet to leather and that’s just the tip of the iceberg.

Had the Audi A8 been in this class instead of with luxury cars over $50 grand, things could’ve been different on the final scorecard with lots of emphasis on ride quality. And, though BMW 5GT has the latter in spades, it just doesn’t cost enough money. By virtue of winning its category, only the 911 Turbo S moves on to compete for AJAC’s overall 2011 Canadian Car of the Year. Its chances of winning, however, are about as slim as winning the lottery.

For more on TestFest’s crème de la crème, read my review in this week’s Edmonton Sun by clicking here.