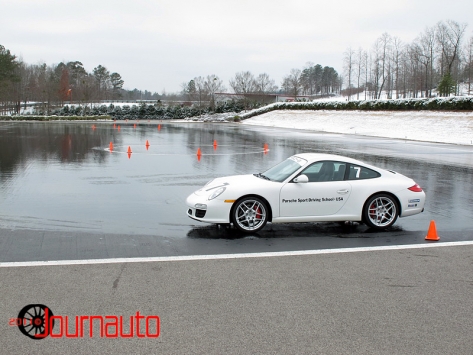 Riding shotgun with legendary endurance racer Hurley Haywood for some hot laps in a Porsche 911 GT2 RS at the Porsche Sport Driving School USA last year at Alabama’s Barber Motorsports Park is a definite highlight of my professional life. Trying to chase him down with one of the school’s 911 Carrera 4S’ was a real treat too. And, although the unseasonably cold Alabama spring weather turned Darth Vader’s summer rubber into rock hard icy slicks and ruined a perfectly good opportunity to enjoy the hilly, sweeping roads outside Birmingham, Ala., it’s hard to complain.

I get to drive many vehicles in my line of work. Not all are lavish and expensive though, and all of them have good points and bad. Some are cooler than others. Others may be more fun to drive than they are functional for everyday purposes.

In less than 48 hours, a Korean car will be named Canada’s of the Year by the Automobile Journalists Association of Canada (AJAC). It will deserve it, too, whether it’s the new Hyundai Accent, Hyundai Elantra or the Kia Optima. My money is on the latter, having driven both the SX and hybrid trims in 2011 and getting excellent fuel economy and performance from both.

Sure, I wouldn’t mind owning either of them; but, of all the cars I got to drive last year, there are others that got my blood boiling much faster. Here are my ‘Top 5’ drives of 2011: 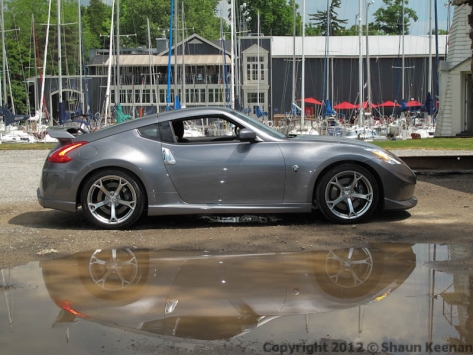 The Infiniti G37 IPL nearly took Zed’s place on this list simply because it came with an automatic transmission, which, I suppose is better than the whiny CVT other Nissans are equipped with. A slick six-speed manual is the only one available on the Nismo 370Z, however, and benefits from perfectly-synchronized downshift rev-matching in ‘sport’ mode that keeps the Nismo-tuned 350-hp 3.7-litre DOHC V6 in its sweet spot! Rays 19-inch wheels and an upgraded suspension and brakes complement a well-balanced chassis that responds well to driver commands in a package that looks elegant, not gaudy. I thought last year’s 40th anniversary edition 370Z was pretty good, but this car is really great! 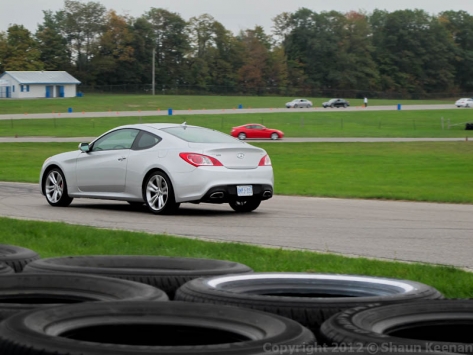 If you ever get the chance to take a Hyundai Genesis Coupe out on a race track, you might just find yourself running the tank dry. The 3.8-litre V6 engine puts down 306 horsepower and 266 lb.-ft. of torque through a Torsen rear limited slip differential. Nineteen-inch 10-spoke wheels and a Brembo braking package with four-piston calipers and a GT performance suspension translates into a tidy package that doesn’t break the bank. The car is really well-balanced with the traction control system on or off; and, a new eight-speed automatic transmission with paddle shifters on the 2013 model even has me curious. (Fortunately, I’m driving the new Genesis Coupe at the Spring Mountain Motorsports Ranch in Pahrump, Nev. in a few weeks time, and; will finally get to drive the 2.0T.) 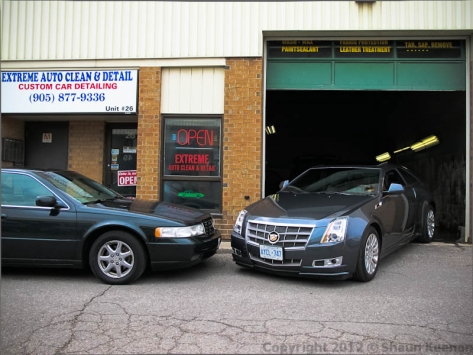 The CTS Coupe is pure boss even without a V-series badge. Its aggressive styling and impressive wheelbase are enough to make anyone rethink the Cadillac brand; and, this beauty has the power to make any senior citizen look and feel young at the wheel. The CTS-V Coupe gets a more serious 555-hp 6.2-litre V8 for another 13-plus grand; but, the standard 3.6-litre V6 engine, which develops 318 horses, is plenty good for everyday driving. The interior of the AWD test mule is calm and quiet, with high-quality leathers and trims on par with far more expensive luxury sports coupes. Let alone one that can seat four people. 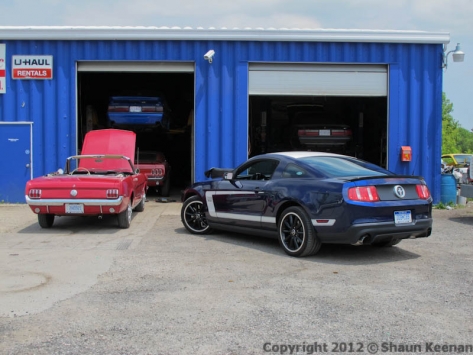 Whoa there Tonto, who’s the boss? Almost immediately after picking up this U.S.-spec 2012 Boss 302 at Ford Canada HQ in Oakville, Ont., I found myself zipping along the highway with a new Camaro SS convertible unable to… well, I digress. But, for under 50 grand this basically a street-legal racecar. It has a 444-hp five-litre V8 engine, high performance Brembo brakes, fully-adjustable suspension and a 3.73 Torsen limited slip (optional) capable of making any grown man smile. A Laguna Seca package adds a rear-seat X-brace, brake cooling ducts, front air splitters and more. If you’re really want light up the rear tires and take this nostalgic ‘Stang to the track, be sure to grab the optional red ignition key that disables all the electronic babysitters and puts this thoroughbred into full race mode, as well as increase your tire budget! 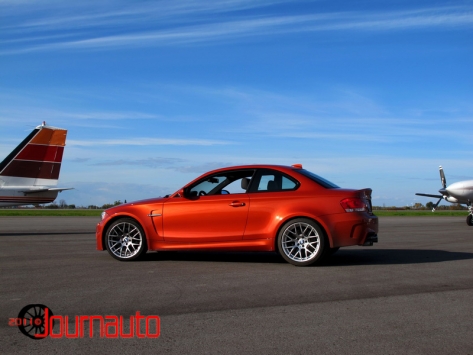 Of the 56 different models competing at TestFest last fall in AJAC’s 2012 Canadian Car of the Year competition, the 1M is the perfect combination of everything it takes to make a great performance coupe. The velvety smooth three-litre inline six-cylinder bi-turbo powerplant develops 335 horsepower and 332 lb.-ft. of torque that is enjoyed via BMW’s variable M differential lock and virtually-perfect six-speed manual transmission and M Servotronic vehicle-speed sensing power steering. The lightweight RWD coupe even rivals the current E92 M3 with its telepathic handling, amazing acceleration and incredible stopping power. There was nothing faster than it in the slalom course and it’s definitely the fastest car I’ve driven around the airport runway test track we’ve had at the Niagara District Airport the past several years. It does zero-100 km/h in five seconds, 80-120 in 3.6 and screams to a halt (100-zero km/h) in 38.5 metres (only the $86,000 Porsche Cayman R and Dodge Charger SRT8 did better, but not by much). Only 200 of these cars were allotted for Canada, so finding one will be like finding a toothpick in a very large haystack.

Well, that’s my list. And, that’s just me. Stayed tuned to my blog Journauto.com for exciting news and updates. Been working on a few new things lately that I hope to share soon. In the meantime, check out my photo gallery from my day at the Porsche Sport Driving School USA here.