And, unfortunately, I had to return it earlier today 🙁

I’ll always remember my week with Bumblebee. Seems everywhere we went–and we’re talking almost 1,000 kilometres, including a scoot from Toronto to Detroit and back–people gawked, stared, pointed, made comments and asked all kinds of questions. 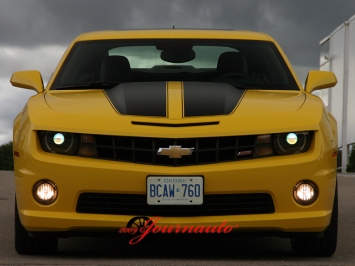 To be expected I guess, driving around in an icon like this. A few motorists even tried to carry on a conversation with me between traffic lights. And, for one week, I felt pretty special. Well, more special than usual at least. 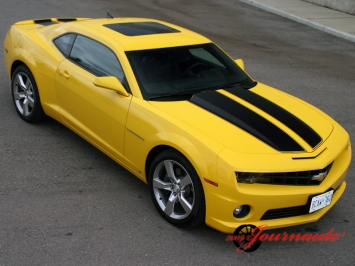 For example, I drove it to Hyundai Sundai–an owner’s meet and show and shine–at the Korean automakers Canadian HQ last week. The Toronto Hyundai Club has been organizing the event for several years now. Anyway, the day after on their online forum, there was one guy who posted something like… ‘Hey did everybody notice Bumblebee’s appearance in the yellow Camaro–was like it was watching over us. LOL! Just thought I’d let it out.’ Made me laugh anyway! Truth is, I heard that a lot throughout the weekend, mostly from little kids who’d obviously seen this eye-jabbingly hot car in Transformers (the movie) 1 and 2. 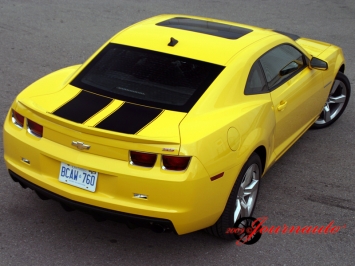 Anyway, the long weekend is starting and I don’t want to get ahead of myself. I only wanted to post a few pics. But, stay tuned for a more in-depth report on my week with the 2010 Chevy Camaro SS. I’ll let you know where and when.